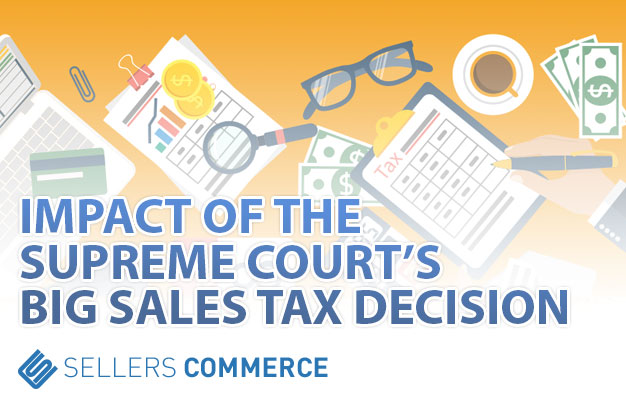 The Supreme Court ruled on Thursday that states can impose sales on online purchases even if the business doesn’t have a physical presence there. The decision in the case, South Dakota v. Wayfair reverses a 1992 ruling on Quill Corp. v. North Dakota that said sellers only had to collect state sales taxes if they had a warehouse or office in the state.

Moving ahead, states will be able to require retailers to collect state sales taxes on their transactions, whether they have a presence in the state or not. It could mean billions of dollars in additional taxes for big and small retailers alike. Currently, large corporations, for example, collect state sales taxes on the products it sells directly, but it doesn’t for third-party sellers except for in Washington and Pennsylvania, where state laws require it to.

There’s a lot of cash at stake — not only for the companies involved but also, potentially, for state governments. The Government Accountability Office estimates that state and local governments could have collected up to $13 billion more in 2017 had they been allowed to require sales tax payments from online sellers. All but five states — Alaska, Delaware, Montana, New Hampshire, and Oregon — impose sales taxes.

Through our integration with tax APIs, all Sellers Commerce stores can automatically calculate appropriate sales tax to comply with local, state and federal laws in the U.S.

If you have further questions about this ruling and how it may affect your online retail store, please contact us at UniformMarket powered by Sellers Commerce.com.